"Shadow on the Crown" Comes to TV 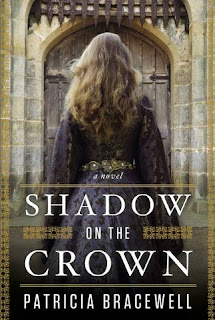 A book launch party for Patricia Bracewell's debut novel, Shadow on the Crown (reviewed here) was held at Book Passage on the day the book was released, February 7, 2013.

Travel writer and Book(ed) Passage contributing blogger Dick Jordan's TV special, "Making Book - The Book Launch," filmed during that event, aired on MarinTV (Comcast Channel 26 in Marin) during April. The final broadcast will be on Monday, April 29 at 8:30 am.

The film is now available for viewing on YouTube by those who missed the broadcast or who don’t have access to Comcast’s cable channels in Marin.

(From time to time travel writer Dick Jordan posts book reviews under the “Armchair Travel” and “Book Review” sections of his online travel magazine, Tales Told From The Road. His last post to the Book(ed) Passage blog was his review of “Shadow on the Crown.” Dick is a member of the National Book Critics Circle. When Dick isn’t traveling, you can usually find him hanging out with other members of Left Coast Writers at the Book Passage in Corte Madera on the first Monday evening of each month, or working on production of TV shows atthe Community Media Center of Marin in San Rafael.)
Posted by Dick Jordan at 1:00 PM