Buzz Bissinger talks about his memoir Father's Day
-- Wednesday, May 30 at 7:00 pm 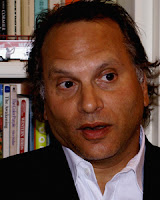 Acclaimed author Buzz Bissinger talks about his new memoir, Father's Day: A Journey Into the Mind and Heart of My Extraordinary Son (Houghton Mifflin Harcourt). Bissinger’s twins were born three minutes — and a world — apart. The older one is a graduate student at Penn, preparing to become a teacher. His brother has spent his life attending special schools. He’ll never drive a car, kiss a girl, or live by himself. Those who know Bissinger’s popular works will find this different, but also satisfying.

Buzz Bissinger is the Pulitzer Prize-winning author of four books, including the New York Times bestseller 3 Nights in August and Friday Night Lights, which has sold two million copies and inspired a film and TV franchise. He is a contributing editor for Vanity Fair and a sports columnist for The Daily Beast. He has written for The New Republic, Time and many other publications. 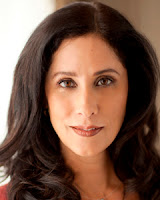 Melanie Gideon reads from Wife 22 (Ballantine). For fans of Helen Fielding’s Bridget Jones’s Diary comes an irresistible novel of a woman losing herself . . . and finding herself again in the middle of her life. Confession, as it rurns out, can be a very powerful aphrodisiac. Wife 22 is praised by Elizabeth Berg as a book “… wise in matters of the heart.”

Melanie Gideon is the bestselling author of The Slippery Year: A Meditation on Happily Ever After, which was named an NPR and San Francisco Chronicle best book of the year. She is also the author of two young adult novels: Pucker and The Map That Breathed. Gideon was born and raised in Rhode Island, and now lives in the Bay Area. 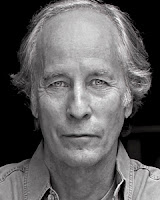 Don’t miss this event, as Pulitzer Prize winner Richard Ford reads from Canada (Ecco), a deeply affecting new novel of boundaries traversed, of innocence lost and reconciled, and of the mysterious and consoling bonds of family. Told in spare, elegant prose both resonant and luminous, Canada is a masterwork of haunting, even spectacular vision from one of our great writers.

Richard Ford is the acclaimed author of the Bascombe novels, which include The Sportswriter and its sequels, Independence Day — the first novel to win the Pulitzer Prize and the PEN/Faulkner Award — and The Lay of the Land, as well as the short story collections Rock Springs and A Multitude of Sins, which contain many widely anthologized works.

Posted by Thomas Gladysz at 4:39 PM