A Traveller’s Wine Guide to California

With this opening sentence in the introduction to A Traveller’s Wine Guide to California, Robert Holmes starts his readers off on a journey through the Golden State’s American Viticulture Areas:


“If California were an independent nation it would be the fourth leading wine-producing country in the world after Italy, France and Spain.”

By the time their virtual north to south trip has ended, some two hundred-odd pages later, they will know where to find the best wine, the best food, and the best places to bunk while in the pursuit of it.

Robert Holmes is a renowned travel photojournalist and three-time winner of the Travel Photographer of the Year Award from the Society of American Travel Writers. He is also the co-chair of the annual Book Passage Travel Writers and Photographer’s Conference. But in addition to creating magnificent images at locations around the world, he has developed a new field of expertise: bringing the world of food and wine to us by thorough the camera lens.

In 2009, along with professional photographer Andrea Johnson and writer Jordan Mackay, Holmes co-authored Passion for Pinot: A Journey Through America's Pinot Noir Country, pictures and prose paying homage to a much-loved, but sometimes finicky to grow, grape varietal turned into palate-pleasing wines by vintners in Oregon as well as California. It’s just one of forty some books that Holmes has written or illustrated. 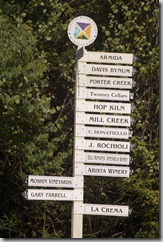 While Passion for Pinot looks great sitting on the coffee table in my living room, its large format means it’s unlikely that I’d toss it into my suitcase, carry-on bag, or car when going on a wine-tasting “road trip.”

On the other hand, A Traveller’s Wine Guide to California is in the same league with guidebooks from DK, Frommers, Moon, and Rick Steves that regularly accompany me on my travels, near and far from home. And since I live within an hour to a day’s drive of any place in California’s wine country, when I finish writing this review I’m going to tuck Holmes’ book into the door pocket of my car where it will always be handy when I’m searching for a new winery to visit or a new restaurant where I can drink a great wine paired with a great meal.

“To Spit or Swallow,” and Other Tips 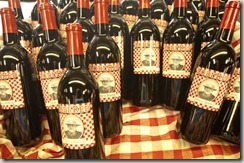 A Traveller’s Wine Guide to California supplies the reader with useful background information, including typical winery tasting room hours of operation, wine tasting fees, how wines are classified, and how to decipher wine ratings found on grocery store and wine shop “shelf-talker” labels.

Unless you’re riding in a bus or van on an organized tour, you’ll be behind the wheel when going from winery to winery. As Holmes drolly notes:


“The idea of traveling in California without a car is like mating with a gorilla. It is possible (or so I’ve been told), but is it worth the difficulty?”

What about the delicate question of tasting room etiquette: Should I “spit” or swallow? Holmes’ advice: After a sniff of the nose and a small sip, it’s best to spit, or politely pour out, most of wine in your glass into a “dump bucket” on the tasting room counter rather than consume every last drop, drive down the highway in a glazed-eye stupor, on the road to jail and an expensive lesson in California’s drunk-driving laws.

Taking It From The Top 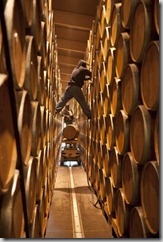 Aptly enough, A Traveller’s Wine Guide to California begins its wine adventure in the Napa Valley, which shifted the state’s slow-moving, post-Prohibition wine industry into high gear when its wines outclassed those from France in a 1976 wine tasting event known as “The Judgment of Paris.” It’s the place that most wine fanciers visiting Northern California head to first.

Just how many wineries are there in the Napa Valley, let along the surrounding grape growing areas in its “parent,” Napa County? Three hundred? Four hundred?

The total winery county really doesn’t matter. And even if a guidebook could list them all, plus cover the other wine regions in the state, you couldn’t lift it without the aid of a forklift.

Holmes manages to squeeze 60 wineries into the Napa section, although he admittedly fudges a bit, geographically, by sensibly including some Sonoma County wineries along the road that runs through the “Los Carneros” area overlapping the Sonoma-Napa county line. I would done the same if I’d written A Traveller’s Wine Guide to California.

The Valley of The Moon and Beyond 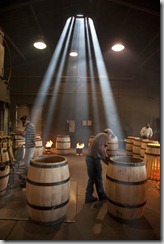 Next the guidebook turns its attention west to Sonoma County and Buena Vista, the state’s first commercial winery, established in 1857. There’s also a section on the history of the surrounding town.

After reviewing the “No Wimpy Wines” at Ravenswood, Holmes leaves the Town of Sonoma and heads north on Highway 12th through the Valley of The Moon. BR Cohn Winery, founded by the manager of the Doobie Brothers band and Arrowood Winery, are two places that Holmes recommends visiting to taste wine.

Blending wine and history continues at Jack London State Park near Glen Ellen where the author of Call of The Wild once lived. Then Holmes takes the short drive downhill to the bio-dynamically farmed vineyards at Benziger Family Winery.

Following a quick review of the county seat, Santa Rosa, A Traveller’s Wine Guide to California passes through the Chalk Hill, Alexander Valley, and Dry Creek AVAs near Healdsburg.  Then it’s down the Russian River, past Green Valley, with a final stop at the Sonoma Coast appellation.

Holmes travels north up the coast and inland to Mendocino and Lake County before moving on to the wine growing regions to the south and east.

And Then There’s The Rest

While the focal point of  the California industry lies in the bucolic setting of the state’s vineyards, A Traveller’s 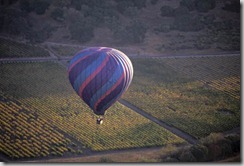 Wine Guide to California lists five locations in the metropolitan San Francisco Bay Area, including three within the City of San Francisco itself, where you can taste wine.

The next 80-plus pages of the guidebook takes the reader on a ramble through the wine growing regions south of San Francisco, down through Monterey County and the Central Coast, with a stop in Santa Barbara County where the quirky cinematic exhalation to Pinot Noir, Sideways, was set, and all the way to San Diego.

Holmes concludes his grand tour of California’s wine country with a sprint up the Central Valley to Madera, Lodi, and Clarksburg, and then crosses the finish line in the foothills of the Sierra Nevada mountain range separating California from Nevada.

A numbered map at the beginning of each chapter of A Traveller’s Wine Guide to California is keyed to a list of wineries and tourist attractions, while their addresses, phone numbers, Websites, and hours of operation follow the end of sections within the chapter on the individual towns or AVA where they are located.

“Where to Stay and Eat” will help you find a place to sleep or get a meal. “Wine Labels to Look For” in each chapter will be handy pictorial guide when shopping for wine in a local grocery store or wine shop.

Whenever your search for wine in California, Robert Holmes’ A Traveller’s Wine Guide to California should be your companion. To borrow a phrase from those ads for the American Express credit card: Don’t Leave Home Without It!

(Thanks to Interlink Books and Robert Holmes for providing a complimentary copy of A Traveller’s Wine Guide to California for this review. The book is available in paperback from Book Passage.)

(From time to time travel writer Dick Jordan posts book reviews under the “Armchair Travel” and “Book Review” sections of his online travel magazine, Tales Told From The Road. His last post to the Book(ed) Passage blog was a review of Cruising Attitude: Tales of Crashpads, Crew Drama, and Crazy Passengers at 35,000 Feet by flight attendant Heather Poole. He is a member of the National Book Critics Circle. When Dick isn’t traveling, you can usually find him hanging out with other members of Left Coast Writers at the Book Passage in Corte Madera on the first Monday evening of each month.)
Posted by Dick Jordan at 3:39 PM