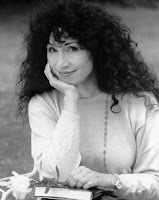 At this special literary luncheon, acclaimed author Diane Ackerman discusses One Hundred Names for Love (W. W. Norton). In telling the story of her husband’s recovery from a stroke that reduced his vast vocabulary to a single syllable, Ackerman evokes the joy and mystery of the brain’s ability to find and connect words. A deeply rewarding book, Ackerman gives us a literary love story, accessible insight into the science and medicine of brain injury, and invaluable spiritual sustenance in the face of life’s myriad physical sufferings.

Michael Tucker talks about After Annie
-- Wednesday, April 4 at 1:00 pm 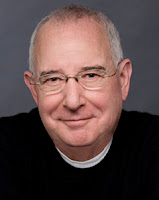 At this special event, actor and former Marin resident Michael Tucker discusses his first novel, After Annie (Overlook Press). Herbie Aaron is one half of a celebrity marriage. He and Annie have mingled with the rich and crazy. Through it all, they’ve been passionate lovers and fast friends. But when Annie dies of cancer, Herbie is lost. If you think this is going to be a tragic tale about grief, think again.

A veteran stage, film and television actor, Michael Tucker is perhaps best known for his role as Stuart Markowitz in the hit series, “L.A. Law.” His 8-year stint on the popular NBC-TV drama brought him three Emmy nominations and two Golden Globe nominations. Tucker has also appeared in many films (Woody Allen’s Radio Days and The Purple Rose of Cairo), and is married to the actress Jill Eikenberry. 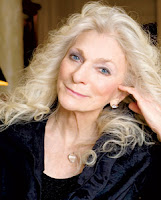 Folk music legend Judy Collins discusses Sweet Judy Blue Eyes: My Life in Music (Crown Archetype). In this revealing memoir, Collins talks about her alcoholism, her lasting love affair with Stephen Stills, and her friendships with Joan Baez, Richard and Mimi Farina, David Crosby, and Leonard Cohen. Above all, she talks about the music that helped define a decade. “Collin’s improbable and utterly charming tale of assuming iconic status as a popular music star from the early 1960’s onward also proves a tremendously valuable chronicle of the early folk music scene…[A] forthright, radiant work.” – Publisher’s Weekly

Judy Collins has recorded more than forty albums during her ongoing illustrious career. With several top-ten hits, Grammy nominations, and gold- and platinum-selling albums to her credit, she has also written several books and has her own music label, Wildflower Records.

MORE INFO: Unless otherwise noted, all events take place at Book Passage, 51 Tamal Vista Blvd., in Corte Madera. Call (415) 927-0960 or visit www.bookpassage.com for details or to order a signed book.
Posted by Thomas Gladysz at 12:00 PM