Among Bay Area bookstores, Book Passage in Corte Madera has one of the most active schedules going of author events, readings, classes and other literary happenings. In fact, it’s not uncommon for more than one or two author talks to take place at the store on just about any given day. Additionally, many of these events have a local connection. Looking to the week ahead, here are three events readers won’t want to miss. 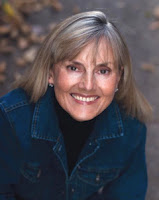 Maisie Dobbs — psychologist, investigator and "one of the great fictional heroines, equal parts haunted and haunting" (Parade) — returns in a chilling new adventure, the latest installment in Jacqueline Winspear's bestselling Maisie Dobbs series. In Elegy for Eddie (Harper), its early 1933: to the costermongers of Covent Garden — sellers of fruit and vegetables on the streets of London — Eddie Pettit was a gentle soul with a near-magical gift for working with horses. When Eddie is killed in a violent accident, the grieving street peddlers are skeptical about the cause of death. Who would want to kill Eddie — and why? The answer may well lead Maisie from the working-class neighborhoods of London to England’s highest circles of power.

Jacqueline Winspear is the author of the New York Times bestsellers A Lesson in Secrets, The Mapping of Love and Death, Among the Mad, and An Incomplete Revenge, as well as four other popular novels in the Maisie Dobbs series. She has won numerous awards for her work, including the Agatha, Alex, and Macavity awards for the first book in the series, Maisie Dobbs, which was also nominated for the Edgar Award for Best Novel. Originally from the United Kingdom, she now lives in Northern California. Winspear is the co-chair of the 2012 Book Passage Mystery Writers Conference. 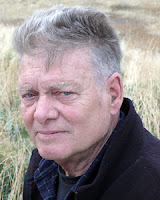 Acclaimed author Jonathan Lethem had this to say about Terry Bisson’s new novel, Any Day Now (Overlook), a poignant excursion into the last days of the Beats and the emerging radicalized culture of the sixties. "Someone once said everybody has a book inside them, but it takes a writer to get it out. The truth is, not many writers ever even manage it like this. Bisson just wrote his personal masterpiece, a book which will drop you through the floor of your assumptions about coming of age inside the politics and counterculture of the Vietnam era and into a fresh new-old world, in which you'll live, for the duration of this book, as your own." Join Book Passage for a special event in which Bay Area writer Terry Bisson discusses his new novel —  as well as fiction, art, culture and just about anything else that might come up with Bay Area actor and activist Peter Coyote.

Terry Bisson is an award-winning writer. He is the author of seven novels, and his short fiction has appeared in Playboy and Harper's, among other magazines. He previously worked as an auto mechanic and as a magazine and book editor. Bisson lives in Oakland, California.

William J. Broad discusses The Science of Yoga: The Risks and Rewards
-- Saturday, March 31 at 1:00 pm 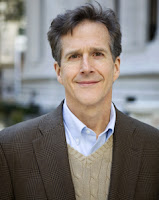 In this compelling and much discussed work of investigative journalism, William J Broad exposes the “scientific” claims made about yoga to scientific scrutiny — including yogasms and its much-vaunted healing powers. Five years in the making, The Science of Yoga (Simon & Schuster) draws on more than a century of painstaking research to present the first impartial evaluation of a practice thousands of years old. It celebrates what’s real and shows what’s illusory, describes what’s uplifting and beneficial and what’s flaky and dangerous — and why.

William J. Broad has practiced yoga since 1970. A bestselling author and senior writer at The New York Times, he has won every major award in print and television during more than thirty years as a science journalist. With New York Times colleagues, he has twice won the Pulitzer Prize, as well as an Emmy and a DuPont. He is the author or coauthor of seven books, including Germs: Biological Weapons and America’s Secret War, a #1 New York Times bestseller. He lives in the New York area with his wife and three children, and enjoys doing Sun Salutations.