The Week Ahead at Book Passage


Among Bay Area bookstores, Book Passage in Corte Madera has one of the most active schedules going of author events, readings, classes and other literary happenings. In fact, it’s not uncommon for more than one or two author talks to take place at the store on just about any given day. Additionally, many of these events have a local connection. Looking at the week, here are three events readers won’t want to miss. 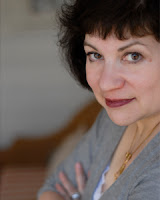 Jennie Fields reads from her new novel, The Age of Desire (Pamela Dorman Books), a sparkling glimpse into the life of Edith Wharton and the scandalous love affair that threatened her closest friendship. Wharton’s real letters and intimate diary entries are woven throughout this richly nuanced novel, which takes us on a vivid journey through the Gilded Age.

Jennie Fields received an MA in creative writing from the University of Iowa Writers’ Workshop and is the author of the novels Lily Beach, Crossing Brooklyn Ferry, and The Middle Ages. An Illinois native, she spent twenty-five years as an advertising creative director in New York and currently lives in Nashville, Tennessee.

Laura Lippman reads from her new novel And When She Was Good
-- Friday, August 17 at 7:00 pm 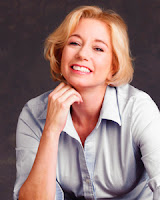 Laura Lippman reads from her new novel, And When She Was Good (William Morrow), the gripping, intensely emotional story of a suburban madam, a convicted murderer whose sentence is about to be overturned, and the child they will both do anything to keep. Lippman has been described as “a writing powerhouse.” Here’s why.

Laura Lippman grew up in Baltimore and returned to her hometown in 1989 to work as a journalist. After writing seven books while still a full-time reporter, she left the Baltimore Sun to focus on fiction. She is the author of eleven Tess Monaghan books, five stand-alone novels, and one short story collection. Praised as “a writing powerhouse” (USA Today) and “among the select group of novelists who have invigorated the crime fiction arena with smart, innovative, and exciting work” (George Pelecanos), this New York Times bestselling author is constantly sending reviewers back to their thesauruses in search of new and greater accolades. Her new stand-alone novel, And When She Was Good, reinforces the fact that she stands among today’s bestselling elite—including Kate Atkinson, Tana French, Jodi Picoult, and Harlan Coben (who raves, “I love her books!”). Lippman has already won virtually every prize the mystery genre has to offer—the Edgar®, Anthony, Agatha, and Nero Wolfe Awards, to name but a few. 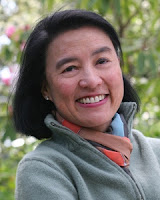 Join Book Passage for lunch as Gail Tsukiyama celebrates the publication of her new novel, A Hundred Flowers (St. Martin's Press), a powerful story centering on the misfortunes which befall a family at the start of the Chinese Cultural Revolution. With this new work, Tsukiyama once again brings us a powerfully moving story of ordinary people facing extraordinary circumstances with grace and courage.

The year is 1957, and Chairman Mao has declared a new openness in society: “Let a hundred flowers bloom; let a hundred schools of thought contend.” Many intellectuals fear it is only a trick, and Kai Ying’s husband, a teacher named Sheng, has promised not to jeopardize their safety or that of their young son, Tao. One July morning, just before his sixth birthday, Tao watches helplessly as his Father is dragged away and sent off to a labor camp for “reeducation” after writing a letter criticizing the Communist Party.

Gail Tsukiyama is the bestselling author of six previous novels, including The Street of a Thousand Blossoms, Women of the Silk and The Samurai’s Garden, as well as the recipient of the Academy of American Poets Award and the PEN Oakland/Josephine Miles Literary Award. She lives in El Cerrito. Book Passage hosts literary luncheons with celebrated authors at its Marin store. These events are catered by Insalata’s Restaurant of San Anselmo.