Barry Kraft reads from the poetry of Philip Larkin
-- Tuesday, August 7 at 7:00 pm 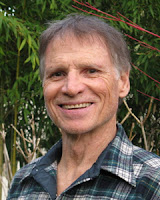 Shakespearean actor Barry Kraft reads from The Complete Poems (Farrar, Straus and Giroux) of Philip Larkin. Regarded as one of the great English poets of the latter half of the 20th century and called "the saddest heart in the post-war supermarket," Larkin (1922–1985) wrote of diminished expectations in work marked by a glum accuracy about emotions, places, and relationships.

Barry Kraft has been a professional actor for 45 years. He has acted in all 38 of Shakespeare's plays, playing more than 100 roles in 85 full productions. In addition to many seasons at the Oregon Shakespeare Festival, he has had seasons with San Diego’s Old Globe, Colorado Shakespeare Festival, Utah Shakespearean, and our own Marin Shakespeare.  Barry is also a dramaturg, guest lecturer and, of course, a poetry lover. 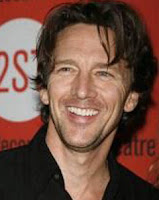 Andrew McCarthy is a busy guy. An actor (St. Elmo's Fire, Pretty in Pink, and Less Than Zero), director, and travel writer – he is recognized in the field as a two-time Lowell Thomas Award winner who has, as well, been twice cited for “notable” work in the Best American Travel series. McCarthy is also a contributing editor at National Geographic Traveler. And if that is not enough, last year he helped edit, with Don George, Lights, Camera... Travel!: On-The-Road Tales from Screen Storytellers (Lonely Planet).

Andrew McCarthy will be in conversation with local travel writer Don George. McCarthy and George are on the faculty of the 21st Annual Book Passage Travel Writers & Photographers Conference, which takes place August 9-12 at Book Passage. This event is part of the Conference. Tickets are $10.00 for the public, free for conference participants. 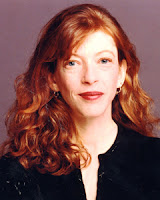 Susan Orlean has been a staff writer at The New Yorker since 1992. She is the author of seven books, including My Kind of Place: Travel Stories from a Woman Who's Been Everywhere, and The Orchid Thief, which was made into the Academy Award–winning film Adaptation. Her most recent book is Rin Tin Tin: The Life and the Legend (Simon & Schuster). She lives with her family and her animals in upstate New York (with occasional stints in Los Angeles and in New York City).

Susan Orlean will be in conversation with local travel writer Don George. Orlean and George are on the faculty of the 21st Annual Book Passage Travel Writers & Photographers Conference, which takes place August 9-12 at Book Passage. This event is part of the Conference. Tickets are $10.00 for the public, free for conference participants.

MORE INFO: Unless otherwise noted, all events take place at Book Passage, 51 Tamal Vista Blvd., in Corte Madera. Call (415) 927-0960 or visit www.bookpassage.com for details. If you can't attend an event and would like a signed copy of an author's book, please place your order using one of the above links and note "signed copy" in the comments field.
Posted by Thomas Gladysz at 3:09 PM