William Gordon discusses his new novel The King of the Bottom, in conversation with Isabel Allende
-- Monday, July 9 at 7:00 pm 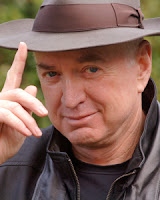 Local writer William Gordon reads from and discusses his new novel The King of the Bottom (Bay Tree Publishing). On a cold and gloomy morning the mutilated body of a prosperous businessman is found hanging from the gate of his toxic dump. The finger of the law points one way, but crime reporter Samuel Hamilton uncovers a sordid world of ancient revenge and violence. To find out what happens….

William Gordon is an “international man of mysteries” – as well as an attorney with a law office in Sausalito, a father, photographer, and world traveler with his wife, author Isabel Allende. 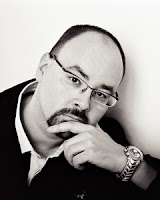 Carlos Ruiz Zafón discusses ThePrisoner of Heaven (Harper), in conversation with the international bestselling local author Isabel Allende. Once again, the internationally acclaimed and New York Times bestselling author of The Shadow of the Wind creates a rich, labyrinthine tale of love, literature, passion and revenge set in a gothic Barcelona both dark and threatening.

Carlos Ruiz Zafón is the author of six novels. His work has been published in more than forty different languages, and honored with numerous international awards, including the Edebé Award, Spain's most prestigious prize for young adult fiction. His break-out novel, The Shadow of the Wind, has been described as “Gabriel García Márquez meets Umberto Eco meets Jorge Luis Borges for a sprawling magic show." Zafón divides his time between Barcelona, Spain and Los Angeles, California. 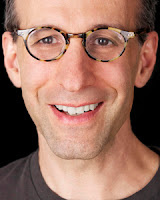 Joshua Henkin reads from The World Without You (Pantheon). From the author of the Los Angeles Times Notable Book Swimming Across the Hudson and the New York Times Notable Book Matrimony ["Beautiful . . . Brilliant."—Michael Cunningham] comes a moving and mesmerizing new novel about love, loss, and the aftermath of a family tragedy.
“Like a more bittersweet version of Jonathan Tropper’s This Is Where I Leave You or a less chilly variation on Jonathan Franzen’s The Corrections, Henkin tenderly explores family dynamics in this novel about the ties that bind, and even lacerate . . . .” — Publishers Weekly. Joshua Henkin's new novel has also been praised - and warmly so, by four authors familiar to those who attend events at Book Passage, Julia Glass, Heidi Julavits, Jim Shepard, Gary Shteyngart.

Joshua Henkin is the author of the novels two novels. His stories have been published widely, cited for distinction in Best American Short Stories and broadcast on NPR's Selected Shorts. He directs the MFA Program in Fiction Writing at Brooklyn College.

Posted by Thomas Gladysz at 1:07 PM