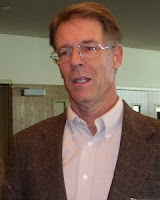 Acclaimed science fiction writer Kim Stanley Robinson reads from his new novel, 2312 (Orbit). Scientific and technological advances have opened gateways to an extraordinary future. Earth is no longer humanity's only home; new habitats have been created throughout the solar system. In 2312, however, events will force humanity to confront its past, present, and future.

Kim Stanley Robinson is a winner of the Hugo, Nebula, and Locus Awards. He is the author of eleven previous books, including the bestselling Mars trilogy and the critically acclaimed Fifty Degrees Below, Forty Signs of Rain, The Years of Rice and Salt, and Antarctica--for which he was sent to the Antarctic by the U.S. National Science Foundation as part of their Antarctic Artists and Writers' Program. He lives in Davis, California. 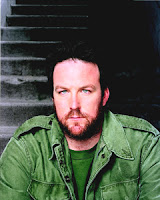 Anthony Swofford talks about Hotel, Hospitals, and Jails: A Memoir (Twelve). Following the success of Jarhead, Swofford assumed he had exorcised his military demons — but as every veteran knows, that isn't exactly how it works. In these searing, courageous pages, Swofford struggles to make sense of what his military service meant, and what his life should become.

Anthony Swofford served in a U.S. Marine Corps Surveillance and Target Acquisition/Scout-Sniper platoon during the Gulf War. After the war, he was educated at American River College; the University of California, Davis; and the University of Iowa Writers' Workshop. His fiction and nonfiction have appeared in Harper's, Men's Journal and other publications; his memoir Jarhead was a major New York Times bestseller, and the basis for the movie of the same name. 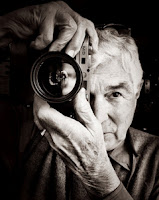 Peter Beren and Morton Beebe present The Golden Gate: San Francisco's Celebrated Bridge (Earth Aware Editions). Featuring a selection of stunning images, many from angles and positions that show the bridge in a whole new light, this new illustrated book celebrates an iconic and storied structure considered one of the most beautiful in the world.

Morton Beebe is a world-renowned documentarian of San Francisco. His photographs have been published in various magazines throughout his career, which has spanned more than fifty years. Peter Beren, literary agent and publishing consultant, is the author of six books.

Posted by Thomas Gladysz at 9:30 AM

You folks are simply the best bookstore ever. Virginia Woolf herself would have been pleased to be part of your community. Thank you!