Melanie Thorne, in conversation with John Lescroart, discuss Hand Me Down
-- Tuesday, April 24 at 7:00 pm 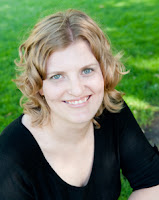 Hand Me Down, a tough, tender, debut novel in the tradition of Dorothy Allison and Janet Fitch, is the unforgettable story of a girl who travels between California and Utah in search of her true family. It is the work of local author Melanie Thorne, who writes with a remarkable command of language that is at once affecting and enticing – her debut is the kind of voice-driven reading experience fiction lovers everywhere crave. Find out for yourself when Thorne reads from and discusses her new book, Hand Me Down (Dutton), in conversation with bestselling writer John Lescroart.

Melanie Thorne earned her MA in creative writing from the University of California, Davis, where she was awarded the Alva Englund Fellowship and the Maurice Prize in Fiction.

One Book One Marin: Michael David Lukas in conversation with Michael Krasny
-- Wednesday, April 25 at 7:00 pm 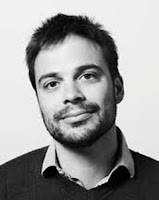 Marin County residents started reading and discussing the 2012 One Book One Marin selection - The Oracle of Stamboul (Harper Perennial) - back in January. This week, the culminating event for One Book One Marin takes place at Dominican University of California, Angelico Hall, in San Rafael. Author Michael David Lukas will be in conversation with radio commentator Michael Krasny.

Set in 19th-century Turkey (then the Ottoman Empire), beautifully written, passionate, and fragrant with political intrigue, historical upheaval and Eastern mysticism, The Oracle of Stamboul revolves around a girl who changes the course of an empire. The book is now out in soft cover. When first published in hardback, one reviewer called it “a bold portrait of an empire precariously poised on the chasm between an old and a new world.”

Michael Lukas – who teaches in the East Bay – has been a Fulbright scholar in Turkey, a proofreader in Tel Aviv, and a scholar in Tunisia. He brings a raconteur’s sense of storytelling and a traveler’s eye for detail to this, his bestselling debut novel. Michael Krasny is an author, professor of English, and host of KQED’s Forum. More info at http://www.onebookonemarin.org/

At this special literary luncheon, Julia Alvarez discusses her new book, A Wedding in Haiti (Algonquin Books). Alvarez has been called “a one-woman cultural collision” by the Los Angeles Times Book Review, and that has never been more true than in this story centering on three of her most personal relationships — with her parents, with her husband, and with a young Haitian boy known as Piti. A teenager when Julia and her husband first met him in 2001, Piti crossed the border into the Dominican Republic to find work. And Alvarez, over the years impressed by his courage and charmed by his smile, has come to think of him as a son, even promising to someday be at his wedding. When Piti calls in 2009, the author’s promise is put to the test.

Julia Alvarez has bridged the Americas many times. Born in New York and raised in the Dominican Republic, she is a poet, fiction writer, and essayist, author of world-renowned books in each of the genres, including How the García Girls Lost their Accents, In the Time of the Butterflies, and Something to Declare. She lives on a farmstead outside Middlebury, Vermont.