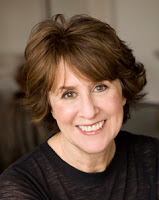 Delia Ephron talks about her very witty and very funny novel The Lion Is In (Blue Rider Press), in which three women on the run take refuge in a roadside nightclub and come face-to-face with a lion! One is a runaway bride and kleptomaniac, one’s a recovering alcoholic, and one’s a minister’s wife. Oh, and the lion is a retired circus performer.

Delia Ephron is a bestselling author, screenwriter, and playwright. Her movies include, You’ve Got Mail (starring Tom Hanks and Meg Ryan), The Sisterhood of the Traveling Pants, Hanging Up (based on her novel), and Michael. She has written novels for adults and teenagers, books of humor, and essays. Recently she collaborated with her sister Nora Ephron on a play, Love, Loss, and What I Wore, which has run for over two years Off Broadway, and has been performed in cities across the United States and the world. 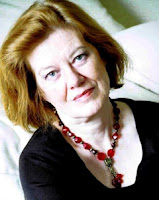 Edgar Award-winning author Anne Perry discusses her novel Dorchester Terrace (Ballantine Books). Perry’s latest work invites us not only into the secret places of Britain’s power but also into the innermost sanctums of the fin de siècle Austro-Hungarian Empire.

Anne Perry is the bestselling author of two acclaimed series set in Victorian England:  the Charlotte and Thomas Pitt novels, including Treason at Lisson Grove and Buckingham Palace Gardens, and the William Monk novels, including Acceptable Loss and Execution Dock. She is also the author of a series of five World War I novels, as well as nine holiday novels, most recently A Christmas Homecoming, and a historical novel, The Sheen on the Silk, set in the Ottoman Empire. None of her books has ever been out of print, and they have received critical acclaim and popular success: over 26 million books are in print world-wide. The Times selected her as one of the "100 Masters of Crime." Perry lives in Scotland. 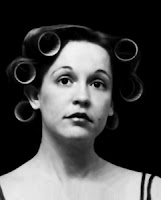 Jenny Lawson realized that the most mortifying moments of our lives — the ones we’d like to pretend never happened—are in fact the ones that define us. In Let’s Pretend This Never Happened (Putnam), Lawson takes readers on a hilarious journey recalling her bizarre upbringing in rural Texas, her devastatingly awkward high school years, and her relationship with her long-suffering husband, Victor. Chapters include: “Stanley the Magical, Talking Squirrel”; “A Series of Angry Post-It Notes to My Husband”; “My Vagina Is Fine. Thanks for Asking”; and “And Then I Snuck a Dead Cuban Alligator on an Airplane.” Pictures with captions (no one would believe these things without proof) accompany the text.

Jenny Lawson is a columnist and one of the most popular bloggers on Twitter (hundreds of thousands of followers). Her blog, www.thebloggess.com, averages between 2-3 million page views per month. Her debut book will appeal to fans of Tina Fey and David Sedaris.