Among Bay Area bookstores, Book Passage in Corte Madera has one of the most active schedules going of author events, readings, classes and other literary happenings. In fact, it’s not uncommon for more than one or two author talks to take place at the store on just about any given day. Additionally, many of these events have a local connection. Looking to the week, here are three events readers won’t want to miss.

Aimee Phan reads from The Reeducation of Cherry Truong
-- Monday, March 19 at 7:00 pm 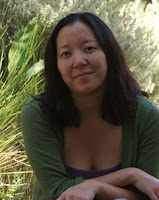 Cherry Truong’s parents have exiled her wayward older brother from their Southern California home, sending him to Vietnam to live with distant relatives.  Determined to bring him back, twenty-one-year-old Cherry travels to their homeland and finds herself on a journey to uncover her family’s decades-old secrets — hidden loves, desperate choices, and lives ripped apart by the march of war and the currents of history. Set in Vietnam, France, and the United States, Aimee Phan’s sweeping debut novel, The Reeducation of Cherry Truong (St. Martin's), reveals a family still yearning for reconciliation, redemption, and a place to call home.

Aimee Phan grew up in Orange County, California and now teaches in the MFA Writing Program and Writing and Literature Program at California College of the Arts in San Francisco. A 2010 National Endowment of the Arts Creative Writing Fellow, Phan received her MFA from the Iowa Writer's Workshop, where she won a Maytag Fellowship. Her first book, We Should Never Meet, was named a Notable Book by the Kiryama Prize in fiction and a finalist for the 2005 Asian American Literary Awards. 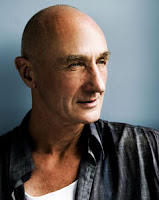 A goodbye is an opportunity for kindness, for forgiveness, for intimacy, and ultimately for love and a deepening acceptance of life as it is rather than what it was. Goodbyes can be poignant, sorrowful, sometimes a relief, and — now and then — even an occasion for joy. In Ten Poems to Say Goodbye (Crown), the newest addition to the celebrated Ten Poems series, Roger Housden continues to highlight the magic of poetry, this time as it relates to personal loss. While the selected poems in this volume may focus upon loss and grief, they also reflect solace, respite, and joy.

Roger Housden is the author of numerous books including Ten Poems to Change Your Life; How Rembrandt Reveals Your Beautiful, Imperfect Self;  Seven Sins for a Life Worth Living; Saved by Beauty; and the novella Chasing Rumi. Housden was born in England and now lives in Sausalito.

“Now is the time to create the jobs of the future by growing industries, including a new clean energy economy. Jennifer Granholm has been all on top of this as the governor of Michigan. . . The rest of the country should learn from the effort.” — President Barack Obama. 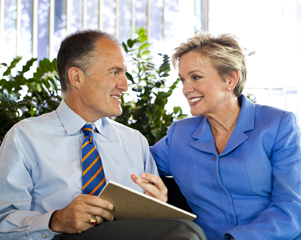 Book Passage and Dominican University welcome the former governor of Michigan, Jennifer Granholm, and her husband Dan Mulhern, as they talk about their recent book, A Governor’s Story: The Fight for Jobs and America’s Economic Future (Public Affairs) — a first-hand account of her battle to create jobs and to repair healthcare, education, and infrastructure. This special event will be held at Dominican University in San Rafael. Priority seating is offered with purchase of the book.

Jennifer Granholm was elected governor of Michigan in 2002 and re-elected in 2006. She was born in Canada and grew up in California, and is a graduate of the University of California at Berkeley, where she now teaches in the law and public policy schools. Granholm is a regular on Meet the Press and host of the new show about politics, War Room with Jennifer Granholm, on CurrentTV. Her husband, Dan Mulhern, also teaches at the business and law schools at the University of California at Berkeley. He is an author, talk show host, public speaker, and expert in leadership development and the changing roles of men and women.