Among Bay Area bookstores, Book Passage in Corte Madera has one of the most active schedules going of author events, readings, classes and other literary happenings. In fact, it’s not uncommon for more than one or two author talks to take place at the store just about every day. Additionally, many of these events have a local connection- that's because Book Passage is a true community center. Looking to the week ahead, here are three events readers won’t want to miss.

Amy Franklin-Willis reads from The Lost Saints of Tennessee
-- Monday, February 13 at 7:00 pm 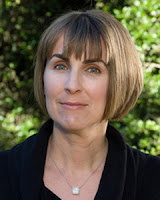 Here is what Pat Conroy, the author of Price of Tides, had to say about The Lost Saints of Tennessee (Atlantic Monthly). “The gifted novelist, Amy Franklin-Willis, has written a riveting, hardscrabble book on the rough, hardscrabble south, which has rarely been written about with such grace and compassion. It reminded me of the time I read Dorothy Allison’s classic, Bastard out of Carolina.” If such high praise intrigues, then don’t miss this exceptional debut.

Now a resident of Northern California (she married her college sweetheart, who hails from the Bay Area), Amy Franklin-Willis is an eighth-generation Southerner born in Birmingham, Alabama. She received an Emerging Writer Grant from the Elizabeth George Foundation in 2007 to complete The Lost Saints of Tennessee. 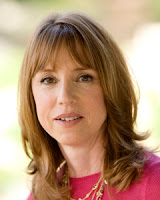 At this special literary luncheon, acclaimed novelist Lisa See discusses her new novel Dreams of Joy (Random House), which is now out in softcover. Devastated after discovering the shocking truth about her mother and father, Joy (a character from See’s 2009 novel Shanghai Girls) flees to China to find a new life (and her real father) – and Pearl, realizing what has happened, sets out for Mao’s China, resolved to find her daughter.

Lisa See is the New York Times bestselling author of Shanghai Girls, Peony in Love, Snow Flower and the Secret Fan, Flower Net (an Edgar Award nominee), The Interior, and Dragon Bones, as well as the critically acclaimed memoir On Gold Mountain. The Organization of Chinese American Women named her the 2001 National Woman of the Year. She lives in Los Angeles and is a Bay Area and Book Passage favorite. 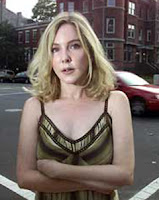 From Pulitzer Prize-winner Katherine Boo comes Behind the Beautiful Forevers (Random House), a work of narrative nonfiction that tells the dramatic and sometimes heartbreaking story of families striving toward a better life in one of the 21st century’s great cities, Mumbai, India. At times, it’s hard to believe this is nonfiction (David Sedaris calls it “as rich and beautifully written as a novel”) – but it is, a true account of garbage pickers and petty thieves, of families and teenagers and their daily struggles and hopes which grow in the muck of almost unbelievable poverty. In its review, the New York Times described this remarkable book as “a true-life version of Slumdog Millionaire without the Bollywood ending.”

Katherine Boo spent three years among the residents of Mumbai’s Annawadi slum, a sprawling settlement of hundreds of tin-roof shacks in the shadow of the city’s International Airport. She is a staff writer at The New Yorker and a former reporter and editor for The Washington Post. Boo’s reporting has been awarded a Pulitzer Prize, a MacArthur “Genius” grant, and a National Magazine Award for Feature Writing. For the last decade, she has divided her time between the United States and India. This is her first book.

Posted by Thomas Gladysz at 4:33 PM