Book Passage: The Week(end) Ahead

Among Bay Area bookstores, Book Passage in Corte Madera has one of the most active schedules going of author events, readings, classes and other literary happenings. In fact, it’s not uncommon for more than one or two author talks to take place at the store just about every day. Additionally, many of these events have a local connection. Looking to the weekend, here are three events Patch.com readers won’t want to miss.

Richard Mason reads from History of a Pleasure Seaker
-- Saturday, February 25 at 1:00 pm

From the acclaimed author of The Drowning People (“A literary sensation” — The New York Times Book Review) and Natural Elements (“A magnum opus” — The New Yorker) comes an opulent, romantic, coming-of-age drama set at the height of Europe’s belle époque, written in the grand tradition with a lightness of touch that is wholly modern and original. Richard Mason’s History of a Pleasure Seeker (Knopf) is a portrait of the senses, a novel about pleasure and those who are in search of it; those who embrace it, luxuriate in it, need it; and those who deprive themselves of it as they do those they love.

Born in South Africa, Mason was ten years old when he moved to England with his parents. His first novel, The Drowning People, was published during his first year at Oxford, and it has since been translated into 22 languages. Mason has written three more novels. Mason set up the Kay Mason Foundation, in memory of his sister, who died when he was a child. The aim of the foundation is to make the best education available for young people in South Africa. The foundation has the patronage of Nobel Peace laureate Archbishop Desmond Tutu. 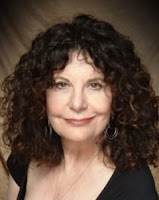 Karen Kondazian talks about The Whip (Hansen Publishing Group), a historical novel and a tale of revenge inspired by the true story of Charlotte “Charley” Parkhurst (1812-1879), who lived most of her extraordinary life as a man in the Old West. As a young woman in Rhode Island, she fell in love with a runaway slave and had a child. He was lynched and her baby killed. Dressed as a man, she went to California to track down the killer. Here, she became a renowned stagecoach driver, killed an outlaw, and had a secret love affair. In 1868, she became the first woman to vote in California (as a man). Her grave lies in Watsonville. The event will begin with the screening of a related short film, Stage Coaches of the West.

Kondazian's career as an actor, writer and producer is as diverse as it is long. At the age of eight she was chosen to be one of the children on Art Linkletter's "Kids Say the Darndest Things." Later, she attended San Francisco State College (as it was then called), and went on to stage work opposite Ed Harris in Sweet Bird of Youth (which she also produced), Richard Chamberlain in Richard II, and Stacy Keach in Hamlet. She won the Los Angeles Drama Critics Circle Award for Best Actress in The Rose Tattoo (in which her work as actor and producer so impressed Tennessee Williams that they became friends and he gave her carte blanche to produce any of his work in his lifetime). Kondazian has also appeared in over 50 television shows and films. 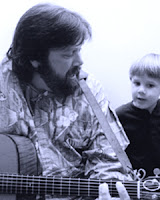 This Sunday, and just about every Sunday throughout the year (except during the Summer), local singer-songwriter Christopher Smith performs at Book Passage. Smith has been writing acoustic music and performing in the San Francisco Bay Area for over 20 years. Why so popular for so long? Because Smith writes well-crafted story songs that aim for the heart. Fusing elements of humor and sadness, his songs feature characters that are quirky, vulnerable and unforgettable. Smith is especially popular with toddlers, preschoolers, and kindergarteners who gather round to hear him play.