Sleeping soundly in the Range of Light

Award-winning travel writer David T. Page lives on the side of a volcano.  But that doesn't mean that he spends all his nights sleeping in a lava bed.  And you won't either if you use the second edition of his An Explorers Guide: Yosemite & the Southern Sierra Nevada to plan your next trip to

the mountains and deserts fringing the California-Nevada border.

I am a little longer in the tooth than David (shown at right in a 1971 photo), a fellow member of Bay Area Travel Writers.  And while I still own a sleeping bag and love to spend time day-hiking in California’s mountains, my old bones prefer bunking in a bed with a real mattress, safe inside a structure that isn’t going to blow down on top of me in a late-night thunderstorm.

The book’s publisher, The Countryman Press, says that it “is not a guide to the backcountry… but to the spectacular roads, towns and scenic wonders along its edge, with detailed reviews of accommodations, dining, recreational activities, guides, outfitters, provisions, campsites, trailheads, and the many points of historical and cultural interest along the way.”  In short, it is just the kind of guidebook that should appeal to Baby Boomer “Mountain Men” like myself who want “creature comforts” to  go along with scenic wonders.

Making Mountains Out of Molehills

The first chapter briefly covers the geologic Rise and Fall of the region, with Mt. Whitney towering nearly 15,000’ above, and Death Valley’s Badwater sinking to nearly 300’ below, sea level.  Then Page moves on to human history, starting with the arrival of indigenous people 10,000 years or more ago, to the uptick in

“Into The Hills” tells you how to Get There From Here, whether by plane, train, or vehicle—important information to know since unlike California’s metropolitan areas, getting into, around, and over the Sierra Nevada range is not so easy.  The chapter includes some nifty historical photos, such as one of the Badger Pass Ski Lodge poking its nose out of huge snow drifts in the winter of 1969, a Greyhound bus at the Yosemite Valley viewpoint near the Wawona Tunnel in 1932, and a sea of cars parked in plain sight of Half Dome in a photo captioned “Pave It and Paint in Green, Yosemite National Park in the mid-1960s.”

A Place to Die For

Death Valley probably sounds like the last place on earth you’d want to hang out, but Americans as well as foreign visitors who put high it on their “must-see” lists of U.S. destinations would find that An Explorers Guide: Yosemite & the Southern Sierra Nevada includes comprehensive information on California’s great desert national park.  While I expected to find details on lodging, dining, and “What-To-See-And-Do”, I was surprised to discover a recipe for a “Scorpion Cocktail” which—since it doesn’t require actually capturing and using the body parts of one of those nasty litter critters—I can mix up and serve to guests at my next dinner party at home.  Page has thoughtfully added lists of other books and maps to supplement his 45-page chapter.  There is also a recap of movies shot on location in Death Valley including some whose stories are set in galaxies far, far away: Star Trek V: The Final Frontier, the 2001 re-make of Planet of the Apes, and two of the Star Wars flicks. 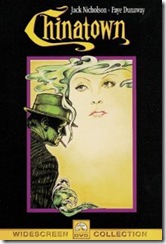 The book leaves Death Valley in the dust as it takes you west into the Owens Valley and the Eastern Sierra Nevada where you can down a glass or two of “liquid courage” at Jake’s Saloon in Lone Pine while reading Page’s description of climbing Mt. Whitney and deciding whether just gazing up at it from the foot of the mountains might be more prudent.  Hollywood loved this area and if you are a film-buff, Page recommends stopping by the Lone Pine Film History Museum to pick up a self-guided driving tour of the Alabama Hills where Westerns as well as movies like Gladiator which were filmed. And, as Page points out, Roman Polanski’s 1974 movie, Chinatown, dramatized Los Angeles’ purchase of water rights in the Owens Valley in order to pump the Owens River into the San Fernando Valley to slake Los Angelinos’ thirst for growth. 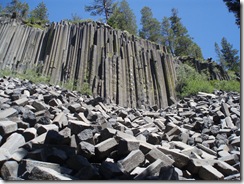 Mammoth Lakes, David Page’s home turf, and Mono Lake, just to the north, are the next destinations covered in An Explorers Guide: Yosemite & the Southern Sierra Nevada.  If you are a fan of Western novelist Zane Grey, bunking at Hot Creek Ranch might appeal to you since Grey reportedly described the area as “the most beautiful in the Eastern Sierra that I have seen yet.”  Unlike Lone Pine, you will find a decent-sized ski area, along with a number of lodges and restaurants at Mammoth, which is easier to reach for Southern Californians than its bigger, more developed cousin, Lake Tahoe.  I have been to two of the points of interests that Page mentions: The Minaret Vista (where many TV commercials for automobiles have been filmed) and adjacent Devils Postpile National Monument (basalt columns stacked cheek-to-jowl), both worth taking a side trip off Highway 395 to see.  Bird-watchers will love salty, brine-shrimp filled, Mono Lake with its tufa towers, and can stay in Lee Vining before heading west over Tioga Pass into Yosemite National Park.

Off The Beaten National Park Path

But before ending his guidebook in California’s first and best-known national park, Page heads to the southern western side of the Sierra to layout visits to two lesser-known, but majestic-in-their-own-right parks, Sequoia and Kings Canyon.  As he has in other chapters, he provides a brief history of the parks, including John Muir’s take on the area when he came there in 1875, and practical information on transportation, lodging and recreation.  But what got my attention was the section entitled “Kernville and The Great Western Divide Highway”:  What’s that?  Never heard of it, never been there, must check it out, in person. 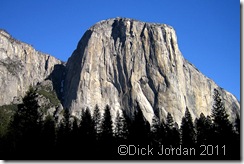 Although I first visited Yosemite National Park in 1968 and have lost track of the number of times I have returned since then, I will use An Explorers Guide: Yosemite & the Southern Sierra Nevada to plan my next visit to this part of the mountains, particularly if I want to make a spur-of-the-moment trip and know that there will be “no room at the inn” anywhere in Yosemite Valley itself.  I might not be able to afford to sleep at Chateau du Sureau in Oakhurst, but Evergreen Lodge (which Page personally recommended to me) would fit my travel budget and lies near Hetch-Hetchy, a part of the park I have never seen and a twin of Yosemite Valley that is now—but perhaps not forever— covered by a reservoir that supplies drinking water to San Francisco.

As John Muir once said, "Climb the mountains and get their good tidings. Nature's peace will flow into you as sunshine flows into trees. The winds will blow their own freshness into you, and the storms their energy, while cares will drop away from you like the leaves of Autumn."  If he was still tramping around in his Range of Light, Muir would undoubtedly have a copy of An Explorers Guide: Yosemite & the Southern Sierra Nevada tucked away in his rucksack

(From time to time travel writer Dick Jordan posts book reviews under the “Armchair Travel” and “Book Review” sections of his blog, Tales Told From The Road. His last post to the Book(ed) Passage blog was about The Best Women's Travel Writing 2011.

Dick thanks David T. Page and The Countryman Press for providing him with a complimentary review copy of An Explorers Guide: Yosemite & the Southern Sierra Nevada.  Dick has visited every region mentioned in the book.  He met his wife at Yosemite National Park in 1968; they honeymooned there 40 years ago.

When Dick isn’t traveling, you can usually find him hanging out with other members of Left Coast Writers at the Book Passage Corte Madera store on the evening of the first Monday of each month.)
Posted by Dick Jordan at 8:00 AM

Sounds like a very useful must have guide.
I will check it out.
Linda Ballou
www.lindaballouauthor.com