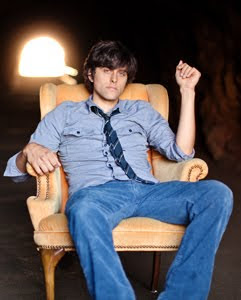 Book Passage in San Francisco is very pleased to host local indie singer-songwriter David Berkeley as he presents 140 Goats and a Guitar ($25.00). This new book includes thirteen essays that describe what inspired each of the thirteen songs on Berkeley's accompanying CD, "Some Kind of Cure."

Set in Corsica and elsewhere around the world, the essays and songs explore fatherhood, alienation, longing, nostalgia, salvation and their cures. Berkeley will read several excerpts from his new book and perform the songs that arose from those stories. To date, Berkeley has released four CDs and one book. In concert, he wins crowds over with his low-key charisma and hilarious between song banter. He usually introduces songs with long, intricate anecdotes and branching commentaries, using a manner that’s more front porch than show biz.

Berkeley has toured in support of Dido, Don Mclean, Billy Bragg, Ray Lamontagne, Rufus Wainwright, Ben Folds, Nickel Creek and others. Berkeley has also received ASCAP’s Johnny Mercer Songwriter Award and has performed on PRI’s "This American Life," telling the awkward and hilarious story of a private serenade he was hired to perform to help a guy win back an ex-girlfriend. 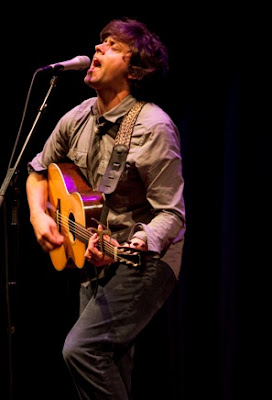 To sneak a peak at Berkeley's book or listen to his music, visit www.davidberkeley.com

“Berkeley sings in a lustrous melancholy voice with shades of Tim Buckley and Nick Drake.... As his melodies ascend to become benedictions and consolations, the music shimmers and peals.” -- Jon Pareles, The New York Times

“Berkeley’s a sixties-esque troubadour with songs to swoon by and a voice sweeter than incense and peppermints. … He’s a double fantasy of Nick Drake and Donovan.” -- Rolling Stone.com

“With a warm tenor voice, tightly controlled delivery and quietly restrained guitar, Berkeley evokes the work of Ralph McTell, Donovan and Nick Drake (although not as crushingly sad as the last). Sweetly orchestrated back-up including cell, mandolin, trombone and electric bass further strengthens the link between Berkeley and his influences.” -- Sing Out blogged by thomas gladysz

Posted by Thomas Gladysz at 6:00 AM

Email ThisBlogThis!Share to TwitterShare to FacebookShare to Pinterest
Labels: 140 Goats and a Guitar, Books, David Berkeley