John Sayles' BIG new novel, A Moment in the Sun 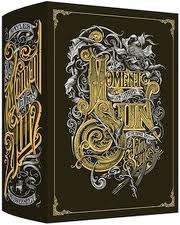 We are very excited here at Book Passage because multi-talented author, MacArthur “Genius Award” Fellowship winner, and acclaimed independent filmmaker John Sayles has agreed to drop by our store later this month and sign copies of his BIG new book, A Moment in the Sun (McSweeney’s, $29.00).

Thus, we wanted to pass along to you, our customers, this special opportunity to buy one of a small number of signed copies of this sure-to-be blockbuster book. To place an order, please visit http://www.bookpassage.com/book/9781936365180 - please note "signed copy" when placing your order.

About A Moment in the Sun: In 2009, the Los Angeles Times reported that Sayles, the Oscar-nominated filmmaker and award-winning novelist, was having a hard time getting a new book deal. No publisher wanted to touch Sayles’ massive historical tome about racism and the dawn of U.S. imperialism. Sayle’s agent had sent the book to a number of publishers who passed, in part, because of the gloomy state of the economy. But Dave Eggers, the writer and San Francisco publisher of McSweeney’s books, purchased Sayle’s book and has now published it in an exquisite edition (for which McSweeney’s has become so well known).

Weighing in at nearly 1,000 pages, this literary behemoth recalls E.L. Doctorow's Ragtime, Pynchon's Against the Day, and Dos Passos's USA trilogy, tracking mostly unconnected characters whose collective stories create a vast, kaleidoscopic panorama of the turn of the last century. One McSweeney's editor said the novel "felt like equal parts Doctorow and Deadwood.” 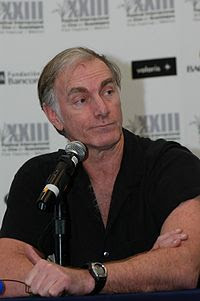 About John Sayles (writer): Sayles’s previous novels include Pride of the Bimbos (1975), Los Gusanos (1991), Dillinger in Hollywood (2004) and the National Book Award and National Book Critics Circle Award–nominated Union Dues (1977). In 1990, Sayles won an Edgar Award for his teleplay for the pilot of a short-lived series, Shannon's Deal.

Sayles has also worked as a screenwriter and script doctor, with credits including everything from The Howling and The Spiderwick Chronicles to Steven Speilberg’s forthcoming Jurassic Park IV. And, too, he is one of the favorite filmmakers of longtime Book Passage employee Sam Smith. (photo of John Sayles via Wikipedia)
Posted by Thomas Gladysz at 1:32 PM

Email ThisBlogThis!Share to TwitterShare to FacebookShare to Pinterest
Labels: A Moment in the Sun, Books, John Sayles