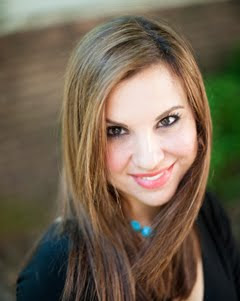 Darznik, born in Tehran to an Iranian mother and German father, grew up in California. And for a short while, she worked at Book Passage and attended some of the writings classes offered by our store. Darznik is also well remembered in the Book Passage cafe, where as a young writer she was often seen working on her latest manuscript.

Now, Darznik is the author of recently published memoir, The Good Daughter (Grand Central, $24.99), as well as a professor at Washington and Lee University in Virginia. Booklist has called The Good Daughter a "beautifully recounted homage," while Vogue called it "Riveting."

The Good Daughter weaves the story of three generations of Iranian women into a unique tale of one family's struggle for freedom and understanding. The result, we think, is an enchanting and unforgettable story - a story of secrets, betrayal, and the unbreakable mother-daughter bond. The author puts it this way, "We were a world of two, my mother and I, until I started turning into an American girl. That's when she began telling me about The Good Daughter. It became a taunt, a warning, an omen."

Darznik came to America from Iran when she was only three years old, and she grew up knowing very little about her family's history. When she was in her early twenties, on a day shortly following her father's death, Jasmin was helping her mother move; a photograph fell from a stack of old letters. The girl pictured was her mother. She was wearing a wedding veil, and at her side stood a man whom Jasmin had never seen before.

At first, Jasmin's mother, Lili, refused to speak about the photograph, and Jasmin returned to her own home frustrated and confused. But a few months later, she received from her mother the first of ten cassette tapes that would bring to light the wrenching hidden story of her family's true origins in Iran: Lili's marriage at thirteen, her troubled history of abuse and neglect, and a daughter she was forced to abandon in order to escape that life. The final tape revealed that Jasmin's sister, Sara - The Good Daughter - was still living in Iran. It is a sweeping, poignant, and beautifully written memoir.

Before receiving her doctorate in English from Princeton, Darznik was an attorney specializing in immigration and family law. She has contributed to the New York Times, Washington Post, Los Angeles Times, San Francisco Chronicle, ZYZZYVA and other publications. Darznik has received awards and distinctions from the San Francisco Foundation, Marin Arts Council, Steinbeck Fellows Program, Zoetrope: All-Story, The Iowa Review, and the Norman Mailer Colony. blogged by thomas gladysz

We at Book Passage won't make any claim on Darznik's considerable achievements. Her many accomplishments are all her own. We will, however, take some small pleasure in knowing that our bookstore - an independent bookstore - helped nurture those talents in some small way. And so did, we think, the coffee in the Book Passage cafe.
Posted by Thomas Gladysz at 11:13 AM