The Week Ahead at Book Passage

Among Bay Area bookstores, Book Passage in Corte Madera has one of the most active schedules going of author events, readings, classes and other literary happenings. In fact, it’s not uncommon for more than one or two author talks to take place at the store on just about any given day. Additionally, many of these events have a local connection. Looking at the week, here are two great events readers won’t want to miss.

Gerald and Janice Haslam discuss In Thought and Action: The Enigmatic Life of S.I. Hayakawa
-- Sunday, August 26 at 1:00 pm 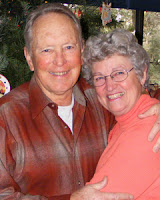 At this not-to-be-missed event, Gerald and Janice Haslam discuss In Thought and Action: The Enigmatic Life of S.I. Hayakawa (University of Nebraska Press), a detailed and synaptically stimulating biography of the one-time Mill Valley resident and eminent linguist, semanticist, writer, professor, President of San Francisco State University, United States Senator, and believe-it-or-not organizer the Anti-Digit Dialing League. If you remember Hayakawa (1906-1992) and his days as a controversial and colorful public figure, then you want to miss what promises to be a fascinating event.

“In Thought and Action: The Enigmatic Life of S. I. Hayakawa traces the fascinating life of an iconic American writer, teacher, politician, and family man. In the process, authors Gerald W. Haslam and Janice E. Haslam tell us a lot about the culture wars of the 20th century—and of American identity itself.”— Jonah Raskin, Sonoma State University professor and author of American Scream: Allen Ginsberg’s “Howl” and the Making of the Beat Generation

Gerald W. Haslam, a former student of Hayakawa, is a professor emeritus of English at Sonoma State University and the author and editor of numerous books, including Workin’ Man Blues: Country Music in California and the seminal anthology Many Californias: Literature from the Golden State. Janice E. Haslam is the coauthor, with her husband, of the fiction collection Manuel and the Madman and An Instructor's Guide to Many Californias.

Gregg Hurwitz reads from his new thriller The Survivor
-- Monday, August 27 at 7:00 pm 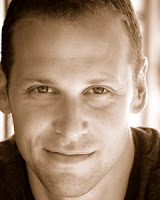 Gregg Hurwitz, the #1 international bestselling author of You’re Next, unleashes his most accomplished, compelling thriller yet, The Survivor (St. Martin's Press). It's a roller coaster ride of a read populated by masked gunmen, an escaped killer, Russian mobsters and the threat of losing everything. The Survivor is guaranteed to grab readers by the throat and not relinquish its grip.

Gregg Hurwitz is the author of twelve novels. His books have been nominated for numerous awards, shortlisted for best novel of the year by International Thriller Writers, nominated for CWA's Ian Fleming Steel Dagger, chosen as feature selections for all four major literary book clubs, honored as Book Sense Picks, and translated into twenty languages. He's currently developing his Tim Rackley series for TNT/Sony. He is a producer and writer for television and films and has written characters ranging from Wolverine to Batman for both Marvel and DC comics. Originally from the Bay Area, he now lives in Los Angeles.

Robert Hass talks about What Light Can Do: Essays on Art, Imagination, and the Natural World
-- Tuesday, August 28 at 7:00 pm 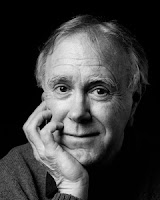 Pulitzer Prize-winner and former U.S. Poet Laureate Robert Hass talks about What Light Can Do: Essays on Art, Imagination, and the Natural World (Ecco Press), a wide-ranging collection of considerations on topics including writers (ranging from Jack London to Allen Ginsberg); the art of photography; California, and much else. At this very special event, Robert Hass will be introduced by poet Giovanni Singleton.

Hass, who teaches at the University of California in Berkeley, has also worked with Czeslaw Milosz to translate a dozen volumes of the Nobel Prize winner's poetry. While his translations of the Japanese haiku masters have been collected in The Essential Haiku: Versions of Basho, Buson, and Issa. Hass' other books of essays include Twentieth Century Pleasures: Prose on Poetry, which received the National Book Critics Circle Award for criticism in 1984, and Now and Then: The Poet's Choice Columns, 1997-2000. From 1995 to 1997 Hass served as poet laureate of the United States.

Posted by Thomas Gladysz at 1:00 PM