Douglas Brinkley discusses Cronkite (Harper), the definitive biography of the television journalist known as the "the most trusted man in America." Drawing on unprecedented access to Cronkite's private papers as well as interviews with his family and friends, an acclaimed historian now brings this American icon into focus as never before.

Douglas Brinkley is a professor of history at Rice University and a contributing editor to Vanity Fair. His most recent books are The Quiet World, The Wilderness Warrior, and The Great Deluge. Six of his books have been selected as New York Times Notable Books of the Year. Earlier this week, the New York Times announced that Brinkley and actor Johnny Depp would be editing a previously unpublished novelby folk-singer Woody Guthrie.

Karen Thompson Walker reads from her novel The Age of Miracles
-- Tuesday, July 17 at 7:00 pm 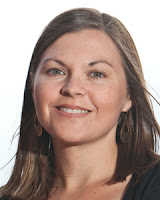 Karen Thompson Walker reads from The Age of Miracles (Random House), a luminous, haunting, and unforgettable coming of age novel set against the backdrop of an utterly altered world….  On a seemingly ordinary Saturday in a California suburb, Julia and her family awake to discover, along with the rest of the world, that the rotation of the earth has suddenly begun to slow.

“The Age of Miracles spins its glowing magic through incredibly lucid and honest prose, giving equal care and dignity to the small spheres and the large. It is at once a love letter to the world as we know it and an elegy.” — Aimee Bender
Karen Thompson Walker is a graduate of UCLA and the Columbia MFA program and a recipient of the 2011 Sirenland Fellowship as well as a Bomb magazine fiction prize. A former editor at Simon & Schuster, she wrote The Age of Miracles in the mornings before work.

Dave Eggers booksigning A Hologram for the King
-- Thursday, July 19 at 12:00 noon 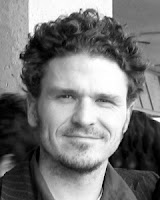 Marin author Dave Eggers visits Book Passage to sign copies of acclaimed new novel, AHologram for the King (McSweeneys). Carmela Ciuraru, writing in the San Francisco Chronicle, called Eggers' book “An extraordinary work of timely and provocative themes.... This novel reminds us that above all, Eggers is a writer of books, and a writer of the highest order….An outstanding achievement in Eggers's already impressive career, and an essential read.”

“Mr. Eggers uses a new, pared down, Hemingwayesque voice to recount his story... he demonstrates in Hologram that he is master of this more old-fashioned approach as much as he was a pioneering innovator with A Heartbreaking Work of Staggering Genius.... A comic but deeply affecting tale about one man’s travails that also provides a bright, digital snapshot of our times.” — Michiko Kakutani, The New York Times

Dave Eggers is the bestselling author of Zeitoun, winner of the American Book Award and Dayton Literary Peace Prize. His novel What Is the What was a finalist for the National Book Critics Circle Award and won France’s Prix Medici.

Posted by Thomas Gladysz at 4:00 PM