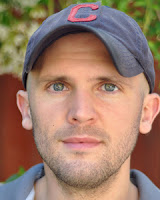 Ken Weaver is fiction writer and technical editor based in Northern California. Previously, he has worked as a particle physicist, a renewable energy consultant, and a creative writing professor in a remote Miskito village in Nicaragua. He believes beer people are good people, and he's happy to be among them. Ken received his MFA in creative writing from the University of Maryland, and his M.S. in physics from Cornell. He's a Certified BJCP beer judge and a frequent contributor to All About Beer.

Mick LaSalle discusses The Beauty of the Real
-- Friday, August 3 at 7:00 pm 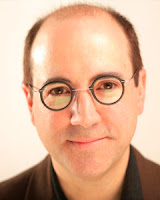 Mick LaSalle talks about The Beauty of the Real: What Hollywood Can Learn from Contemporary French Actresses (Stanford General Books). In this new book, the film critic for the San Francisco Chronicle offers an informal and fascinating exploration of contemporary French cinema and its brilliant array of female actors – actresses with a difference.

"LaSalle understands how women in French movies are allowed to be deeper, older, and more real than most Hollywood characters."—Roger Ebert, Chicago Sun-Times

Mick LaSalle has been the film critic for the San Francisco Chronicle since 1985. He is the author of Complicated Women: Sex and Power in Pre-Code Hollywood (2000) and Dangerous Men: Pre-Code Hollywood and the Birth of the Modern Man (2002), both of which were named "Book of the Month" by Turner Classic Movies. LaSalle has been a panelist at the Venice and Berlin Film Festivals and has served on the jury for the Cinema for Peace Gala in Berlin.

M.L. Stedman reads from The Light Between Oceans
-- Saturday, August 4 at 4:00 pm 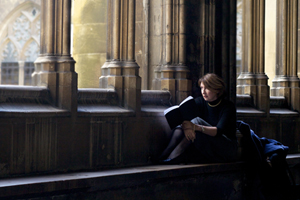 M.L. Stedman reads from her debut novel The Light Between Oceans (Scribner), the story of a lighthouse keeper and his wife who make one devastating choice that forever changes two worlds. Stedman’s compelling characters, still trying to make sense of life in the wake of so much death in WWI, are imperfect people seeking to find their north star in a world of incomprehensible complexity.

M.L. Stedman was born and raised in Western Australia, and now lives in London. The Light Between Oceans is the Indie Next List pick for August, 2012.


MORE INFO: Unless otherwise noted, all events take place at Book Passage, 51 Tamal Vista Blvd., in Corte Madera. Call (415) 927-0960 or visit www.bookpassage.com for details.If you can't attend an event and would like a signed copy of an author's book, please place your order using one of the above links and note "signed copy" in the comments field.
Posted by Thomas Gladysz at 11:07 AM