Among Bay Area bookstores, Book Passage in Corte Madera has one of the most active schedules going of author events, readings, classes and other literary happenings. In fact, it’s not uncommon for more than one or two author talks to take place at the store on just about any given day. Additionally, many of these events have a local connection. Looking at the week, here are three events Patch.com readers won’t want to miss.

Anne Mendel reads from Etiquette for an Apocalypse
-- Monday, July 23 at 7:00 pm 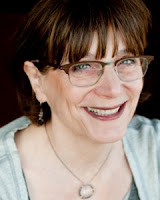 Anne Mendel reads from Etiquette for an Apocalypse (Brackets Press), which, no kidding, is a post-apocalyptic comedy. Its story focusses on the struggle to survive and bring some order, not to mention good manners, into a less than brave new world defined by the grueling, sometimes strangely amusing, realities of starvation and violence.

Anne Mendel grew up in Arkansas and attended Miss Ashleigh’s Charm School, where she learned absolutely nothing about dealing with disasters (unless breaking a high heel counts as a disaster). Before she began writing full time she used her Master’s Degree in Community Organizing to advocate for women and girls. 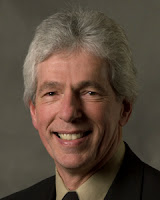 Lawrence Baldassaro presents Beyond DiMaggio: Italian Americans in Baseball (University of Nebraska Press). Yogi Berra, Phil Rizzuto, Tommy Lasorda, Joe Torre, Tony Conigliaro. Casual fans know these names not as Italian Americans, but as some of the most colorful figures in baseball history. From Joe DiMaggio to A. Bartlett Giamatti, this is their story, a social history of America’s pastime.
Lawrence Baldassaro is a professor emeritus of Italian at the University of Wisconsin–Milwaukee. He is the author of numerous articles on baseball, coeditor of The American Game: Baseball and Ethnicity, and editor of Ted Williams: Reflections on a Splendid Life. 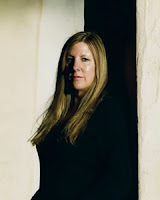 Deanne Stillman talks about Desert Reckoning: A Town Sheriff, a Mojave Hermit, and the Biggest Manhunt in Modern California History (Nation Books), which ends in a Wagnerian firestorm under a full moon as nuns at a nearby convent watched and prayed. How things got to this point, a point of no return, is the subject of this riveting, exploratory work.

Deanne Stillman is a widely published writer. Her books include Mustang: The Saga of the Wild Horse in the American West, a Los Angeles Times "Best Book 2008," and winner of the California Book Award silver medal for nonfiction, and Twentynine Palms: A True Story of Murder, Marines, and the Mojave, a Los Angeles Times "Best Book 2001" which Hunter Thompson called "A strange and brilliant story by an important American writer." Now a cult classic, it's out in a new, updated edition with a foreword by T. Jefferson Parker and preface by Charles Bowden.