Francis Slakey presents To the Last Breath: A Memoir of Going to Extremes -- Sunday, July 1 at 4:00 pm 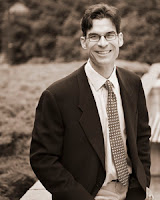 Francis Slakey presents To the Last Breath: A Memoir of Going to Extremes (Simon & Schuster), a gripping adventure of the body and mind. This new book depicts the quest that leads Slakey, a physics professor, around the globe, almost takes his life, challenges his fiercely held beliefs, and opens his heart.

Francis Slakey is a lecturer on physics and public policy at Georgetown University. The founder and co-director of the Program on Science in the Public Interest and a MacArthur Scholar, Dr. Slakey has been profiled by NPR, National Geographic, and others, and his writing has appeared in The Washington Post, The New York Times, and Scientific American.

Christian Kiefer reads from The Infinite Tides, and maybe plays a song or two
-- Saturday, July7 at 4:00 pm 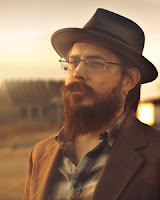 Christian Kiefer reads from his novel The Infinite Tides (Bloomsbury USA), the story of an astronaut aboard the International Space Station who one day receives word that his sixteen-year-old daughter has died in a car accident, and that his wife has left him. Returning to earth, he is alone with the ghosts, memories and feelings of the past.

There is a good deal of buzz around The Infinite Tides, which is the July selection of our Signed First Editions Club.

Christian Kiefer earned his Ph.D. in American literature from the University of California, Davis, and is on the English faculty of American River College in Sacramento. His poetry has appeared in various national journals including the Antioch Review and Santa Monica Review. He is also an accomplished songwriter and recording artist. [Kiefer has also said he might well play a song or two at his July 7 event!] 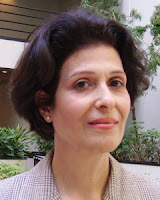 Katherine Chiljan discusses Shakespeare Suppressed: The Uncensored Truth About Shakespeare and His Works (Faire Editions). For hundreds of years, debate has swirled around the identity of The Bard and the authorship of his plays and poems. This new book makes the case that “William Shakespeare” was only the great author's pen name.

Katherine Chiljan is an independent scholar who has studied the Shakespeare authorship question for over 26 years. She has debated the topic with English professors at the Smithsonian Institution and at the Mechanics Institute in San Francisco. Chiljan served as editor of the Shakespeare-Oxford Newsletter, and edited two anthologies: Dedication Letters to the Earl of Oxford, and Letters and Poems of Edward, Earl of Oxford.