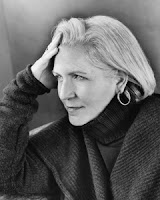 Terry Tempest Williams, the beloved author of Refuge, returns to Book Passage with a new work, When Women Were Birds: Fifty-four Variations on Voice (Sarah Crichton Books), that explodes and startles, illuminates and celebrates.

Williams’s mother told her: “I am leaving you all my journals, but you must promise me you won’t look at them until after I’m gone.” Readers of Williams’s iconic and unconventional memoir, Refuge, well remember that mother. She was one of a large Mormon clan in northern Utah who developed cancer as a result of the nuclear testing in nearby Nevada. It was a shock to Williams to discover that her mother had kept journals. But not as much of a shock as what she found when the time came to read them.

"The writing of Terry Tempest Williams is brilliant, meditative, and full of surprises, wisdom, and wonder. She's one of those writers who changes peoples' lives by encouraging attention and a slow, patient awakening." -- Anne Lamott

Terry Tempest Williams is the award-winning author of fourteen books, including Leap, An Unspoken Hunger, and, most recently, Finding Beauty in a Broken World. She divides her time between Castle Valley, Utah, and Moose, Wyoming. 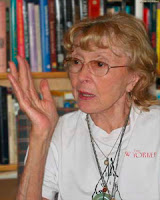 Renowned author Francine Du Plessix Gray presents The Queen's Lover (Penguin), a work of historical fiction which tells the story of a love affair between Marie Antoinette and a Swedish aristocrat. Expertly researched and deeply imagined, this new novel offers a fresh view of the French Revolution and French royal family, as told through the love story that was at its center.

Francine du Plessix Gray has been a regular contributor to The New Yorker and is the author of numerous works of fiction and nonfiction, including Simone Weil, At Home with the Marquis de Sade: A Life, and Soviet Women. She is most recently the author of the memoir Them: A Memoir of Parents. 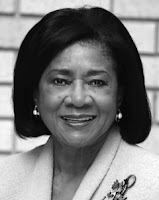 Join Belva Davis for lunch as she discusses Never in My Wildest Dreams (Berrett-Koehler Publishers), which tells her story — the story of a journalist who helped change the face of television news. Born to a 15-year old Louisiana laundress during the Great Depression and raised in the projects of Oakland, Davis overcame abuse, racism, and sexism to become the first black female news anchor on the West Coast.

Belva Davis is a history-maker, an award-winning journalist, and a pioneering feminist. She has traveled the world reporting on politics, terrorism, racial and gender issues, and the role of art and culture in increasing human understanding. She has anchored at three major network affiliates, and currently hosts a highly respected political affairs program on KQED-TV in San Francisco.
Tickets are $55.00. Admission includes lunch and a signed book. Book Passage hosts literary luncheons with celebrated authors at its Marin store. These events are catered by Insalata’s Restaurant of San Anselmo. Call Book Passage to reserve.