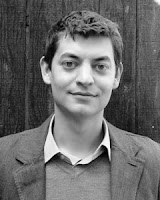 Kevin Wilson will read from and discuss The Family Fang (Ecco), his widely reviewed and wildly praised debut novel described by Ann Patchett as a "comedy, a tragedy, and a tour de force.” Named to the top 10 books of the year by TIME, Esquire, People and other publications, it tells the story of Annie and Buster Fang, who have spent most of their adult lives trying to distance themselves from their famous artist parents. When a bad economy and bad personal decisions converge, the two siblings have nowhere to turn but their parents. Sound familiar Girls?

Kevin Wilson is the author of an earlier collection, Tunneling to the Center of the Earth, which received both an Alex Award from the American Library Association and the Shirley Jackson Award. His fiction has appeared in Ploughshares, Tin House, One Story, and elsewhere. He lives in Sewanee, Tennessee where he teaches fiction at the University of the South and helps run the Sewanee Writers' Conference. 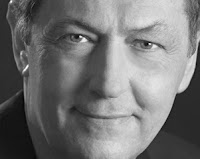 Bill Bradley discusses We Can All Do Better (Vanguard Press). In response to the financial meltdown and intensifying political gridlock which have overtaken the country, this widely admired former United States Senator, Presidential candidate and NBA athlete offers his own concise, personal review of the state of the nation. We can do better, he says, and here’s how.

Bill Bradley served in the U.S. Senate from 1979 to 1997 representing the state of New Jersey. In 2000, he was a candidate for the Democratic nomination for President of the United States. He holds a BA degree in American History from Princeton University (where he played hoops) and an MA degree from Oxford University where he was a Rhodes Scholar. He has authored six books on American politics, culture and economy. Prior to serving in the Senate, Senator Bradley was an Olympic gold medalist in 1964 and a professional basketball player with the New York Knicks from 1967 to 1977 during which time they won 2 NBA championships. In 1982 he was elected to the Basketball Hall of Fame. 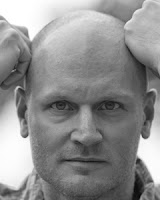 The one and only Augusten Burroughs talks about his new book, This is How: Proven Aid in Overcoming Shyness, Molestation, Fatness, Spinsterhood, Grief, Disease, Lushery, Decreptitude, and More (St. Martin's). From the bestselling author of Running With Scissors comes a groundbreaking book that explores how to survive the "un-survivable." At least, it will challenge your idea of self-help books.

Augusten Burroughs is the #1 New York Times bestselling author of Dry, Magical Thinking, A Wolf At The Table, Possible Side Effects, and a novel, Sellevision. His Running with Scissors remained on the New York Times bestseller list for over two consecutive years and was made into a Golden Globe-nominated film starring Annette Bening. Twice named to Entertainment Weekly's list of the funniest people in America, Burroughs has also been the subject of a Vanity Fair cover story and a Jeopardy! answer. His books have made guest appearances in two James Patterson novels, one Linkin Park music video, numerous television shows, and a porn movie (which we haven't seen, only read about).

Posted by Thomas Gladysz at 3:30 PM