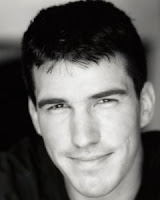 Benjamin Busch talks about Dust to Dust (Ecco), an extraordinary memoir about ordinary things: life and death, peace and war, the adventures of childhood and revelations of adulthood. Busch — a decorated infantry officer, actor on The Wire, and son of novelist Frederick Busch — has crafted a book to stand with the finest work of our finest writers.

Benjamin Busch was born in Manhattan and grew up in rural New York State. He is an actor, a photographer, a film director, and a U.S. Marine Corps infantry officer who served two combat tours in Iraq. He played the role of Officer Anthony Colicchio on the HBO series The Wire and has appeared on Homicide, The West Wing, and Generation Kill. His writing has been featured in Harper's and has been twice nominated for the Pushcart Prize. He has also been a guest commentator on NPR's “All Things Considered.”

Garry Marshall discusses My Happy Days in Hollywood: A Memoir
-- Wednesday, May 9 at 7:00 pm 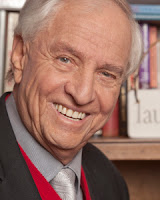 Garry Marshall discusses My Happy Days in Hollywood (Crown Archetype). Once called a "legend in his own time slot," Marshall has been among the most successful comedy writers, directors, and producers for more than five decades. His new memoir details his involvement with some of the most beloved TV sitcoms of all-time, The Odd Couple, Happy Days, Laverne & Shirley, and Mork & Mindy.

Garry Marshall is a veteran producer, director, and writer of film, television, and theater. He learned his craft writing jokes for Lucille Ball, Dick Van Dyke, and Danny Thomas. He also directed some of America’s favorite romantic comedies including The Flamingo Kid, Pretty Woman, and The Princess Diaries.

For this special event, Garry Marshall will be in conversation with Lori Marshall, his daughter and co-author. Bay Area resident Lori Marshall has written eleven produced children’s plays, co-written two books, and contributed to the New York Times, Los Angeles Times, and Chicago Tribune. Like her father, she is a graduate of Northwestern University’s Medill School of Journalism. She has, in fact, been writing with her father since the eighth grade, when he helped her punch up an English paper on Franz Kafka.

“Thanks to my brother I have a life.  I’m sorry I almost ruined his during Laverne & Shirley.” ― Penny Marshall

Elizabeth Percer discusses An Uncommon Education
-- Friday, May 11 at 7:00 pm

Pushcart Prize nominee Elizabeth Percer reads from her debut novel, a coming-of-age story titled An Uncommon Education (Harper). A young woman learns that college isn't the bastion of solidarity and security she had imagined. Amid hundreds of other young women, she is consumed by loneliness — until the day she sees a girl fall into the freezing waters of a lake.

Elizabeth Percer is a transgenre author and a recovering academic, as well as a three-time nominee for the Pushcart Prize and has twice been honored by the Dorothy Sargent Rosenberg Foundation. She received a BA in English from Wellesley and a PhD in arts education from Stanford University, and completed a postdoctoral fellowship for the National Writing Project at UC Berkeley. She lives in the Bay Area.