Among the Bay Area’s many bookstores, Book Passage in Corte Madera has one of the most active schedules going of author events, readings, classes and other literary happenings. In fact, it’s not uncommon for more than one or two author talks to take place just about every day. And what's more, many of these events have a local connection. Looking to the week ahead, here are three events readers won’t want to miss.

Pam Houston talks about Contents May Have Shifted
-- Monday, February 6 at 7:00 pm 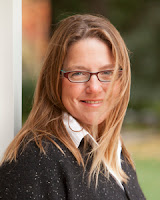 Pam Houston is the author of two collections of linked short stories, Cowboys Are My Weakness, a bestseller which was the winner of the 1993 Western States Book Award and has been translated into nine languages, and Waltzing the Cat which won the Willa Award for Contemporary Fiction. She has also authored a book of essays and a novel and is the Director of Creative Writing at U.C. Davis, as well as the Director of the Tomales Bay Workshops.

Her new novel, Contents May Have Shifted (Norton), tells the story of Pam, who is stuck in a dead-end relationship; one day, this fearless narrator leaves her metaphorical baggage behind and finds freedom in the air. Plane ticket in hand, she flies around the world and finds new reasons to love life in dozens of far-flung places.


San Francisco author Adam Johnson has been receiving a good deal of attention lately for his new novel, The Orphan Master’s Son (Random House). His book has been favorably reviewed in the New York Times and Los Angeles Times and elsewhere, and last week he was on the PBS NewsHour talking about what is fast becoming one of the big books of the season. 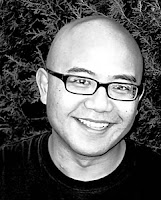 Monstress (Ecco), by Lysley Tenorio, introduces a bold new writer who explores the clash and meld of disparate cultures. In the National Magazine Award-nominated title story, a has-been movie director and his reluctant leading lady travel from Manila to Hollywood for one last chance at stardom, unaware of what they truly stand to lose. In "Felix Starro," a famous Filipino faith healer and his grandson conduct an illicit business in San Francisco, though each has his own plans for their earnings. And in “Help,” after the Beatles reject an invitation from Imelda Marcos for a Royal Command Performance, an aging bachelor attempts to defend her honor by recruiting his three nephews to attack the group at the Manila International Airport. (The last story is based on actual incidents.)

Born in the Philippines, Tenorio is a graduate of UC Berkeley and a former Stegner Fellow at Stanford University. He currently lives in San Francisco, and is an associate professor at Saint Mary’s College of California.