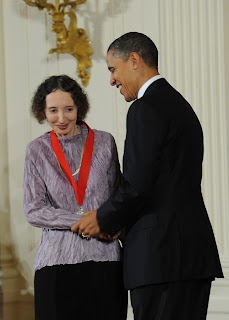 Oates is the also author of a new memoir,
A Widow’s Story (Ecco, $27.99), which she will be discussing at Book Passage in Corte Madera on April 25. In this new work, the National Book Award-winner unveils a poignant, intimate memoir about the unexpected death of her husband of 46 years and its wrenching aftermath.

A Widow’s Story is a surprisingly candid view of a very private woman. Entertainment Weekly has said, “In a narrative as searing as the best of her fiction, Oates describes the aftermath of her husband Ray’s unexpected death from pneumonia…It’s the painful, scorchingly angry journey of a woman struggling to live in a house 'from which meaning has departed, like air leaking from a balloon'.”

Don't miss this special event with Joyce Carol Oates, once of the most celebrated authors of our time. Preferred seating at this special event is with purchase of the book. If you can't attend the event, and would like a signed first edition copy of A Widow’s Story, please follow this link and note "signed 1st edition" in the comments field of your order.

Joyce Carol Oates is a recipient of the National Book Critics Circle Ivan Sandrof Lifetime Achievement Award, the National Book Award, and the PEN/Malamud Award for Excellence in Short Fiction, and has been nominated for the Pulitzer Prize. She has written some of the most enduring fiction of our time, including the national bestsellers We Were the Mulvaneys; Blonde, which was nominated for the National Book Award; and the New York Times bestseller The Falls, which won the 2005 Prix Femina. She is the Roger S. Berlind Distinguished Professor of the Humanities at Princeton University and has been a member of the American Academy of Arts and Letters since 1978. In 2003 she received the Commonwealth Award for Distinguished Service in Literature, and in 2006 she received the Chicago Tribune Lifetime Achievement Award. (Photo by Ruth David, via the NEH Tumblr)
Posted by Thomas Gladysz at 2:21 PM