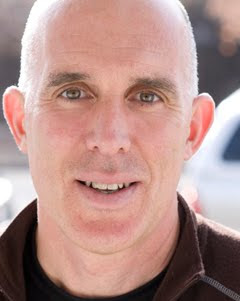 Join Book Passage in Corte Madera as we welcome Christopher McDougall, who will be presenting Born to Run: A Hidden Tribe, Superathletes, and the Greatest Race the World Has Never Seen ($15.95).

Born to Run revolutionized the world's most popular sport and ignited the barefoot revolution. Now, McDougall brings the book to life as some of the main figures step out of the pages and join him at Book Passage for a fast-moving presentation that includes hula dancers, ultra-running legends, the world's best barefoot coaches, and rare images of the mythical Tarahumara Indians.

Also, join McDougall and his fellow Naked Tour Cabaret performers in a group run prior to the cabaret. For details of the run, check thenakedtour.com.

About the book: An epic adventure that began with one simple question - why does my foot hurt? In a riveting narrative, award-winning journalist and often-injured runner, Chris McDougall, sets out to discover the secrets of Mexico’s Tarahumara Indians – who have honed the ability to run hundreds of miles without rest or injury. In the process, McDougal takes his readers from science labs at Harvard to the sun-baked valleys and freezing peaks across North America, where ever-growing numbers of ultra-runners are pushing their bodies to the limit, and, finally, to a climactic race in the Copper Canyons that pits America’s best ultra-runners against the tribe. McDougall’s incredible story will not only engage your mind but inspire your body when you realize that you, indeed all of us, were born to run. 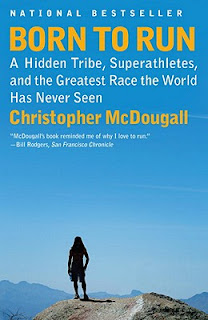 About the author: Christopher McDougall is a former war correspondent for the Associated Press and is now a contributing editor for Men’s Health. A three-time National Magazine Award finalist, he has written for Esquire, The New York Times Magazine, Outside, Men’s Journal, and New York. He does his own running among the Amish farms around his home in rural Pennsylvania.

"A tale so mind-blowing as to be the stuff of legend." — The Denver Post

"McDougall's book reminded me of why I love to run." — Bill Rodgers, San Francisco Chronicle

"One of the most entertaining running books ever." — Amby Burfoot, Runnersworld.com

“Equal parts quest, physiology treatise, and running history. . . . [McDougall] seeks to learn the secrets of the Tarahumara the old-fashioned way: He tracks them down. . . . The climactic race reads like a sprint. . . . It simply makes you want to run.” — Outside Magazine

“McDougall recounts his quest to understand near superhuman ultra-runners with adrenaline pumped writing, humor and a distinct voice...he never lets go from his impassioned mantra that humans were born to run.” — NPR

“Born to Run is a fascinating and inspiring true adventure story, based on humans pushing themselves to the limits. It’s destined to become a classic.”– Sir Ranulph Fiennes, author of Mad, Bad and Dangerous To Know

“Equal parts hilarity, explanation and earnestness—whisks the reader along on a compelling dash to the end, and along the way captures the sheer joy that a brisk run brings.” — Science News
Posted by Thomas Gladysz at 2:35 PM