Arthur Szyk (American, b. Poland, 1894–1951) is best remembered for his diverse and brilliant work as an artist and illustrator, from illustrations for traditional Jewish and Polish folktales and religious texts to watercolor designs for political cartoons that were regularly featured on the cover of Collier’s magazine throughout the 1930s and '40s. During the Second World war, he did so much to advance the Allied cause that Eleanor Roosevelt once referred to him as a “one-man army,” and indeed, he saw himself as a “soldier in art.” blogged by thomas gladysz

Szyk’s Polish and Jewish heritage were central to his work, and his attention to detail evidenced considerable historical research. At it's best, Szyk’s work recalls the intricate illumination present in medieval manuscripts, Near-Eastern miniature paintings, and traditional Polish and Jewish folk arts. 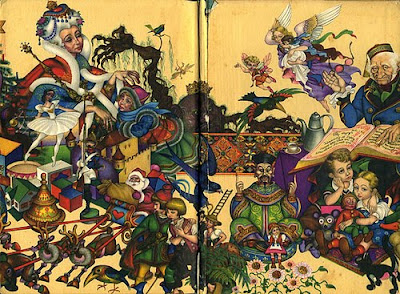 For reader's of a certain time and place (including your humble blogger, who read and cherished his Mother's copy), Szyk’s illustrations for a certain 1945 edition of Hans Christian Anderson's Fairy Tales have also proved etched into memory. Copies of this edition were in circulation for decades, and were sought after as a family keepsake or as collectible copies of a classic work. 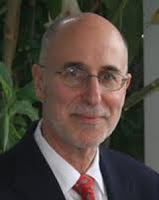 Though not so well known today, Szyk’s work is being rediscovered by contemporary audiences. The California Palace of the Legion of Honor in San Francisco is currently hosting an exhibit of the artist's work. "Arthur Szyk: Miniature Paintings and Modern Illuminations" explores Szyk’s artistry over a productive career and returns the artist to the Legion of Honor, where a selection of his watercolors was shown seventy years ago, in 1941. The exhibit features approximately 70 drawings and illustrations, and is on display through March 27th.

On that same day - on Sunday March 27th, one of the world's leading Szyk's scholars will be speaking at Book Passage in Corte Madera. Irvin Ungar, an antiquarian bookseller and former rabbi curreently resident in Burlingame, has championed the rediscovery of Szyk’s work. He will be discussing the recently published Szyk Haggadah. 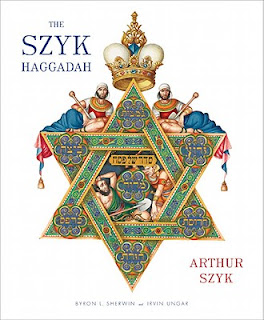 Szyk (pronounced “Shick”) created his magnificent Haggadah in Lodz, on the eve of the Nazi occupation of his native Poland. There is no Haggadah like it, before or since, filled with such sumptuous paintings of Jewish heroes as well as stunning calligraphy. This beautifully printed edition, the first since 1940 to be reproduced from Szyk’s original art, boasts a newly commissioned and practical English text by Rabbi Byron L. Sherwin. Additionally, a special commentary section by Sherwin and Ungar gives insight into the rituals of the Seder as well as Szyk’s rich illustrations.

To learn more about Arthur Szyk, follow this link to his extensive Wikipedia entry.
Posted by Thomas Gladysz at 4:24 PM