Musings from the Buyer: March-April 2010 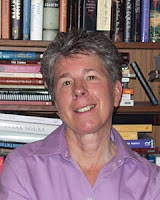 Literary journals have caught my eye lately because, for a couple of them, the quality and freshness has been extraordinary.  McSweeney’s literary journal is a quarterly started in 1998 and edited by Dave Eggers. This is just one branch of the McSweeney’s publishing ventures. Each of the volumes is exceptionally and uniquely designed as well, so you also get a beautiful package. They outdid—and perhaps even surprised—themselves with Issue #33, which hit the streets December 8th, and is called Panorama. This journal was published in newspaper format to honor that beleaguered form of the written word and looks like a high quality edition of a Sunday NY Times.  Its appearance caused a frenzy—all the local independent bookstores selling so many copies that McSweeney’s had to go back to press right away based on demand, and the fact that they had no stock left to send out of state. No wonder as this journal is chock full of good writing. With 218 contributors, 96 pages on books, 10 sections such as News, long form journalism, Arts, Poetry, Sports, Comics, Food, Opinion & Analysis, the breadth and depth of coverage is not to be believed. There’s Michael Chabon on girl groups, Andrew Sean Greer on NASCAR, Stephen King on baseball and countless others known and unknown. Even the comics are produced by leading edge graphic artists. All this for $16.95. It is the most exciting, creatively packaged singular edition of a literary journal I’ve ever seen—and endlessly fascinating.

I have also become more and more impressed with GRANTA, which is quite venerable as literary journals go. It was founded in 1889 by Cambridge students but saw a rebirth into its more current manifestation after 1979. The last few issues have emerged under the helm of new editor John Freeman.  Each issue of GRANTA usually follows a theme; the current issue #109 being Work, issue #108 was Chicago. They advertise themselves as publishing a distinctive mix of fiction, personal history, reportage, inquiring journalism & documentary photography. The authors who’ve found brief lives there on the page are a veritable who’s who of literary lights, alas too numerous to name. I used to think of myself as someone who dabbles at reading this sort of book, but the last 3 issues of GRANTA have caught me up and kept me going from beginning to end each time. Good writing is good writing, and now I’m on a kick to get more people to investigate the surprising, engaging and powerful work therein.  It seems to me that these literary journals are fertile ground for a kind of freedom in writing that does not always extend itself through longer works. At the very least they provide a playful literary landscape for writers, as though they’ve been given a shovel left on a beach and told to go build castles.

Even here in Marin we have the newish West Marin Review created by and supported by a collective of lively folks in West Marin. Full of writing and the arts inspired by the extraordinary landscape of West Marin they’ve published writers both local and as far flung as Central America and Europe.  I cannot possibly name and honor all the hundreds of worthy literary journals on the scene now, but if these examples serve any purpose, it is to encourage greater attention to this form of writing. You will be astonished, moved and engaged by what you find.

--Book Passage Buyer, Sheryl Cotleur
Posted by Unknown at 8:26 AM

I'm so glad that Book Passage carries lit mags! I love the breadth of writing I find in them. (My favorite is The Missouri Review.) Your post is so much more positive than, say, this article about them in Mother Jones: http://motherjones.com/media/2010/01/death-of-literary-fiction-magazines-journals.