This can pose a problem for authors who write books with girls as the main character. A male protagonist may be safer, but a female one could be more compelling given the circumstances of the book. However, a debut novelist might be hesitant about cutting off such a large portion of readers, and then there goes a great idea. 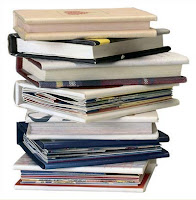 Anyway, back to my question of, "Is this simply a difference in development and tastes, or is this a sexist trait shaped by society?" Well, I doubt any guy is going to be picking up the so-called "girly" books anytime soon. You know, the ones where a girl spends the whole novel pining after a crush, or where a group of girls sit around and paint nails and gossip. Has any boy in the history of time picked up one of those books, if not as a joke or a dare? I don't think so.

But what would the guy version of those books be? Ones where a guy spends the whole novel pining after a crush, or where a group of guys play football and have paint ball wars? Actually, girls do read those books, and not just because of a dare or as a joke.

Why is this? Are girls actually interested in those books, and guys genuinely don't like the "girly" ones? Or is it because society has made it acceptable for girls to read the guy books, but not the other way around? If so, how has society done this? Why is there chick lit (literature for chicks), but not dude lit?

These are some of the things I am thinking about, and I would love to hear your opinion.
Posted by Unknown at 3:47 PM